I spoke with Carl in September of 2010. Little did I know I’d have the pleasure of meeting him five years later in San Diego.

Bryan Stroud for Comics Bulletin: How did you end up at Continuity? 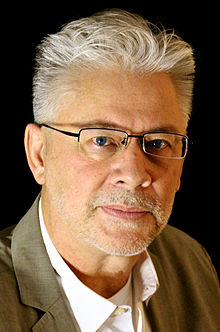 Carl Potts: I met Neal Adams at a San Diego Con and asked him to review my comics art portfolio. He gave a pretty brutal review but, eventually said, “If you work real hard for 18 months, I might be willing to look at your work again.”

Two years later I moved from CA to NY to try and break into comics. After I picked up a few pin-up assignments from Marvel, I visited Continuity and showed Neal my work again. He asked me to join the crew he had assembled to work on the Charlton B&W comics magazines that Continuity was packaging – 6 Million Dollar Man, Emergency! and Space: 1999. So I was assigned a table in the front room, to the left of Neal’s desk. Directly behind me was Russ Heath and on the other side of Neal, Joe Barney and Joe Brozowski had desks.

CB: What did you do there?

POTTS: Initially I did pencils for 6 Million Dollar Man and Emergency! My work was being inked by the likes of Dick Giordano, Russ Heath, Neal Adams, Terry Austin, Bob Wiacek – it was like a dream.

Eventually I also worked on the storyboards and animatics that Neal produced for NYC ad agencies. I started out coloring the commercial work and then did some penciling that Neal would ink, making it look like his own work as he fixed the drawing.

CB: Who did you meet there?

(Sergio did a Crusty Bunkers drawing that was turned into a T-Shirt for those who worked at Continuity.)

For years, during good weather, Continuity sort of “hosted” (provided the net and ball) for day-long Sunday volley ball tournaments in Central Park for the comics community. That is where I met Tom DeFalco, Jim Shooter and many others. Neal and Dick did not participate in those games.

At his apartment, Neal would often host “First Friday” parties for the comics community every month. Many comics pros would attend. That is where I first met Steve Ditko (I think that may have been the only comics social event Steve attended).

Separate from Continuity but related were the occasional comics community poker parties. For a while, they were held in a downtown apartment that Paul Levitz shared with Marty Pasko.

CB: How long did you spend time there?

POTTS: I worked in the Continuity studios for about 5 years starting in the summer of ’75. I took a staff job as a storyboard and ad comp artist at an Interpublic ad agency in ’80 and left Continuity.

CB: What did you learn?

POTTS: There was very little in the way of “this is how you do it” type instruction from Neal. It was pretty much learn on the run as you produced work for paying jobs. I got the impression that Dick was a bit more hands on with those artists specializing in inking.

For the Charlton B&W comics, the young artists would do small pencil layouts for each page on paper about 4 1/4″ X 5 1/2″ (8 1/2″ X 11″ paper folded into quarters). Neal would then take a Flair pen and draw over the layouts. Often, he would ignore what we had drawn and he would turn out totally new layouts on top of the pencils we young artists had produced. Sometimes he’d just strengthen the drawing we had produced instead of totally ignoring it!.

We would then put the layouts into an Art-O-Graph and project the image onto the full size comics board, trace off the layout and then tighten up the drawing in pencil. Neal would sometimes tighten up the pencils on the full sized art boards before Dick and the other inkers would begin working on the pages.

We (the young artists) primarily learned by comparing what our original small pencil layouts looked like with how they evolved through the process and became completed full-sized inked art.

CB: Was there any payment for your work?

POTTS: My experience was that Continuity was pretty good at making sure all of the artists got paid for their work. Who should get paid what could be hard to figure out on the jobs where many different people contributed to the work. It was not unusual for six artists to contribute to a particular page of comic book art. Most of the young artists were living check-to-check so as soon as a client paid Continuity for a job, Continuity would issue us checks.

POTTS: I got to meet a lot of comics creators, veterans whose work I’d grown up with, and new guys like myself.

Neal would often include the young guys on the weekend trips he’d take his kids on, including to the houses he’d rent in the Hampton’s during the summer.

There was also some practical joking going on. Here are two examples:

There was a running gag that was pulled on those new to the studio. The newbie would approach his desk where the page he’d been laboring on was sitting. The page was there but with an upturned bottle of India ink sitting on it on it along with a page-long dried ink blob obliterating the page’s art. After much angst, closer inspection revealed that the ink blob was on clear piece of acetate, cut to perfectly match the outline of the ink blob.

Neal knew this trick well – so finding a way to pull it off so that it would fool him was a big challenge. When Mike Nasser (now Mike Netzer) began working at the studio, his style so closely mimicked Neal’s that we found a way. Neal had done a very tight pencil drawing, fairly large, for a movie poster he was working on. Nasser light boxed Neal’s original and copied it beautifully.

Neal’s original art was hidden away and Nasser’s was left in its place – with the fake ink stain lying on it. When Neal walked in, he saw the very familiar toppled ink bottle with flowing ink stain and chuckled knowingly. He reached to lift up the fake acetate-backed ink stain and found that, under the acetate ink stain, a real ink stain had ruined the original art! Nasser had also light boxed the fake ink stain’s contours onto his fake Neal art and filled it in with solid black. Neal was momentarily stunned, thinking his art had indeed been ruined by a bad practical joke. In short order, Neal’s pristine original was retrieved and all had a good laugh.

One veteran artist had a habit of lighting up large cigars while he worked, filling the room with foul smoke that the 4 other artists who worked in that room had to breathe. I had the idea of packing a bunch of match heads in the middle of one of the cigars so it would flare up when the cigar’s fire reached the match heads. However, I couldn’t quite bring myself to do it. That didn’t stop another artist who shared that room from implementing the idea.

I remember trying not to chuckle and give the stunt away as I watched the smoking artist puff away on that cigar. Then, his head was surrounded by a cloud of sulfur fumes as his cigar momentarily flared up. Everyone in the room thought it was hilarious – eventually the smoker laughed about it too. I fessed up to coming up with the idea. Not sure if the guy who actually bobby-trapped the cigar ever did fess up.

CB: Did the gathering at Continuity start informally or through renting of space by other artists?

POTTS: I was not there at the beginning of the studio. I assume that both Neal and Dick had credibility in the broader comics community. That, combined with the lack of old-fashioned comics studios at the time, attracted some comics pros to rent space there. As Continuity ramped up to package comics jobs, they added more young artists.

CB: Was it pretty much a 24-hour operation?

POTTS: At times! I remember putting in some all-night work sessions. We all had keys and could come and go at any time of night or day. Occasionally, artists who were between apartments would live at the studio. My commuter train stopped running after 1:30 AM so if I was stuck in the city after that, I sleep in the studio. One artist lived in the back room for years. I think Neal and Dick were okay with that because that guy served as a live-in security guard against thieves.

CB: Did you interact much with Neal?

POTTS: Yes, my desk was next to his for the first few years I was there. I enjoyed the occasions when we were the only ones in that room and could engage in real conversation instead of the normal chaotic studio banter. I later moved to a room half way down the hall. I shared that room with Terry Austin and Bob Wiachek.

CB: What, if any, benefit was your association there to future work?

POTTS: In addition to making improvements in my work, I certainly made a number of contacts while at Continuity. I also got into advertising work though the studio.