It is football season. To honor that I will blog about NFL SuperPro. This Marvel comic book came out in 1991 and lasted for 12 issues. It is about an ex-NFL player, Phil Grayfielf,  who got involved in an accident and wears an almost indestructible NFL uniform. 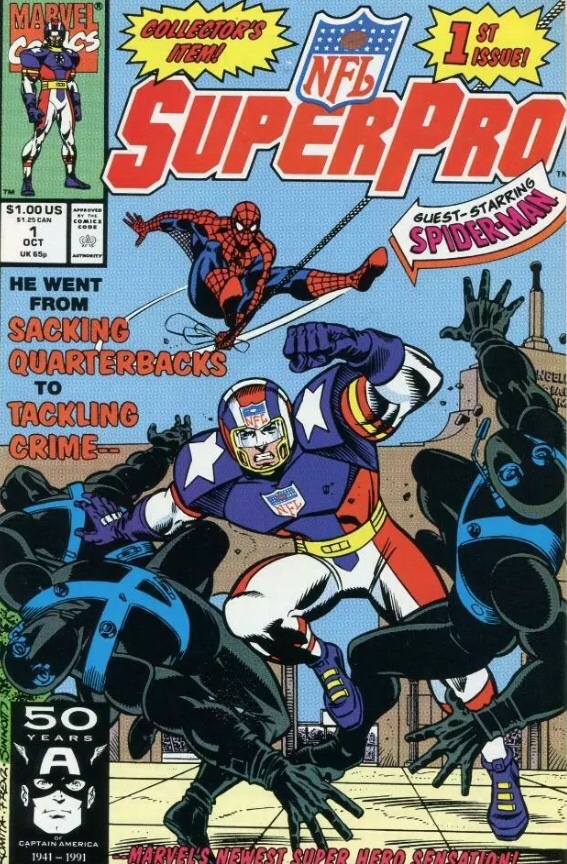 Phil suffered an knee injury while trying to save a child. He became a sports reporter. While interviewing a superfan who happened to be a scientist, they were raided by burglers at the scientist’s warehouse. The scientist was working on an almost indestructible uniform. The burglers stole everything except for the uniform and torched the warehouse. Grayfield put on the uniform and eventually bought the burglers to justice. He called himself “SuperPro”.