Marvel Studios took the next step in their attempt to dominate all forms of visual media this week with the premiere of Agent Carter, the continuing adventures of Captain America’s Girl Friday, Agent Peggy Carter (Hayley Atwell). All the way back in 2013, when I reviewed the Iron Man 3 Blu-ray, I knew that this was going to be something that could be very, very special. Back then I wondered what Marvel was grooming director Louis D’Esposito for, and it turns out it was for this!

Working from a script by Captain America: The First Avenger, Thor: The Dark World, and Captain America: The Winter Soldier (as well as the upcoming Captain America: Civil War) writers Christopher Markus and Stephen McFeely, D’Esposito isn’t squeamish about milking the most heart-wrenching moments from the first Captain America film to set up and launch Agent Carter, which is essentially a reworking of the original One-Shot mentioned above. 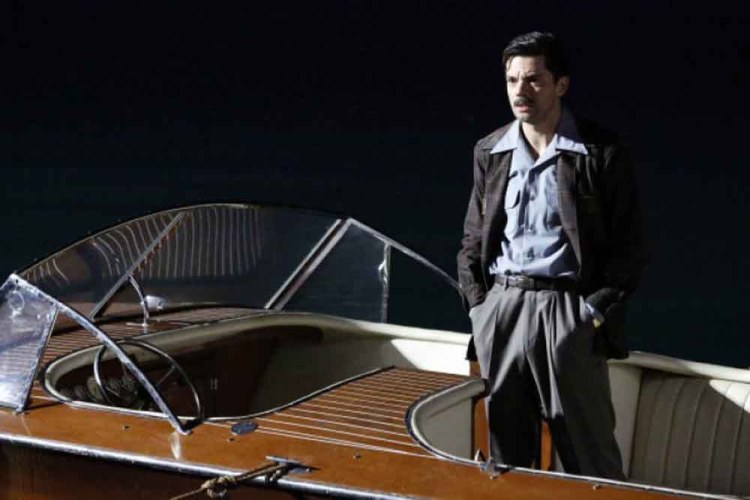 Only this time, we’re going to take the time to flesh out Carter’s world and really tell a concentrated story about the origins of S.H.I.E.L.D. as Carter works for the Strategic Scientific Reserve in New York in 1946. As far as pilot episodes go, this is a serviceable one. It’s not bad and it keeps things moving while establishing the main characters and situations. Agent Carter is underappreciated, her bosses are sexist jerks, Howard Stark (Dominic Cooper) is on the run as a batch of his secret tech has been stolen and is starting to show up on the black market, and his butler Jarvis (James D’Arcy) is tasked with helping Carter clear his name. In the meantime, a secret organization known only as Leviathan is operating in the shadows.

The first hour is a bit clunky and makes it pretty obvious why they decided to cram the first two episodes into a special “Two Hour” premiere. While I appreciate the fact that they crammed Hayley Atwell into a blonde wig and a tight dress with her boobs prominently displayed for a large portion of the episode, the script was more utilitarian than I was hoping for and the direction lacked imagination and verve. If it had run alone, it really would have dampened my enthusiasm for the limited series. 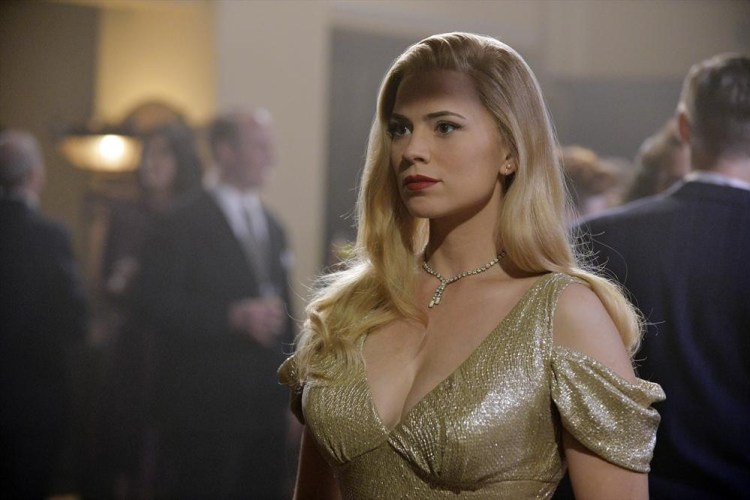 It wasn’t bad, but there was really nothing there to get excited about. There was a little bit of mystery, some T&A, and a lot of Captain America clips.

Luckily, the second hour stepped up its game and was everything I was hoping for.

The script for “Bridge and Tunnel” was written by Eric Pearson, who wrote all of the Marvel One-Shots, and was directed by Joe Russo, who co-directed Captain America: The Winter Soldier, and there was a lot more enthusiasm on display. Right from the start there was more snap in the banter and more complexity in the direction. Agent Carter is sassy and sexy and smarter than everybody in the room. Jarvis is clever and witty, ready with just the right thing to say while hiding a secret Stark agenda. Even the supporting players at the SSR suddenly became a little more interesting, and Leviathan became a little more threatening.

If I had to make a comparison, the first hour was like Tales of the Gold Monkey, while the second hour was likeRaiders of the Lost Ark. 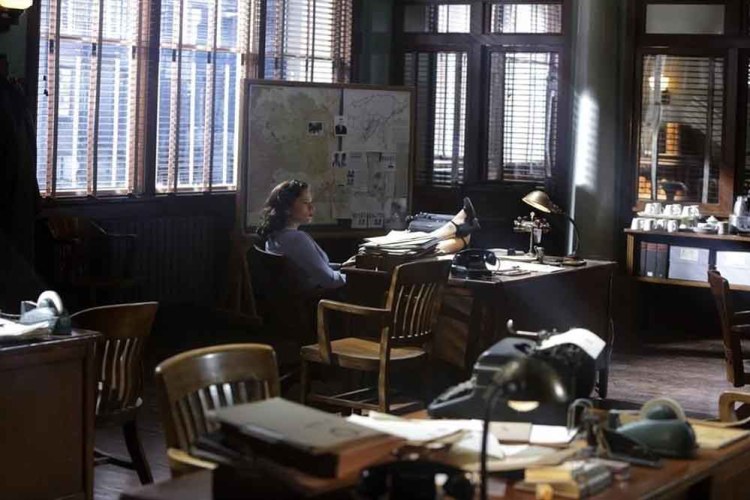 If you’re old enough to understand that reference, you should probably be sipping some prune juice now instead of reading this, oldie!

So what we have here is a tightly constructed eight-episode story that should have a solid beginning, middle, and end. The characters are distinct and well-acted, the threat is sufficiently threatening (for a comic book series), and Hayley Atwell is simply fabulous. She elevates whatever material she is given, and when the material is good — as in the second half of this premiere — she is golden.

Now that Agents of S.H.I.E.L.D. has hit its stride, Daredevil has been announced for April on Netflix, The Avengers return in May, and Ant-Man is due in July, Marvel Studios has gotten a firm stranglehold on both the film and television markets, and continues to weave a complex tapestry of live-action stories that really only rivals the first few years of Marvel Comics when Stan and Jack and Steve built a world where just about anything could happen.