New series. Press release below. Check it out. 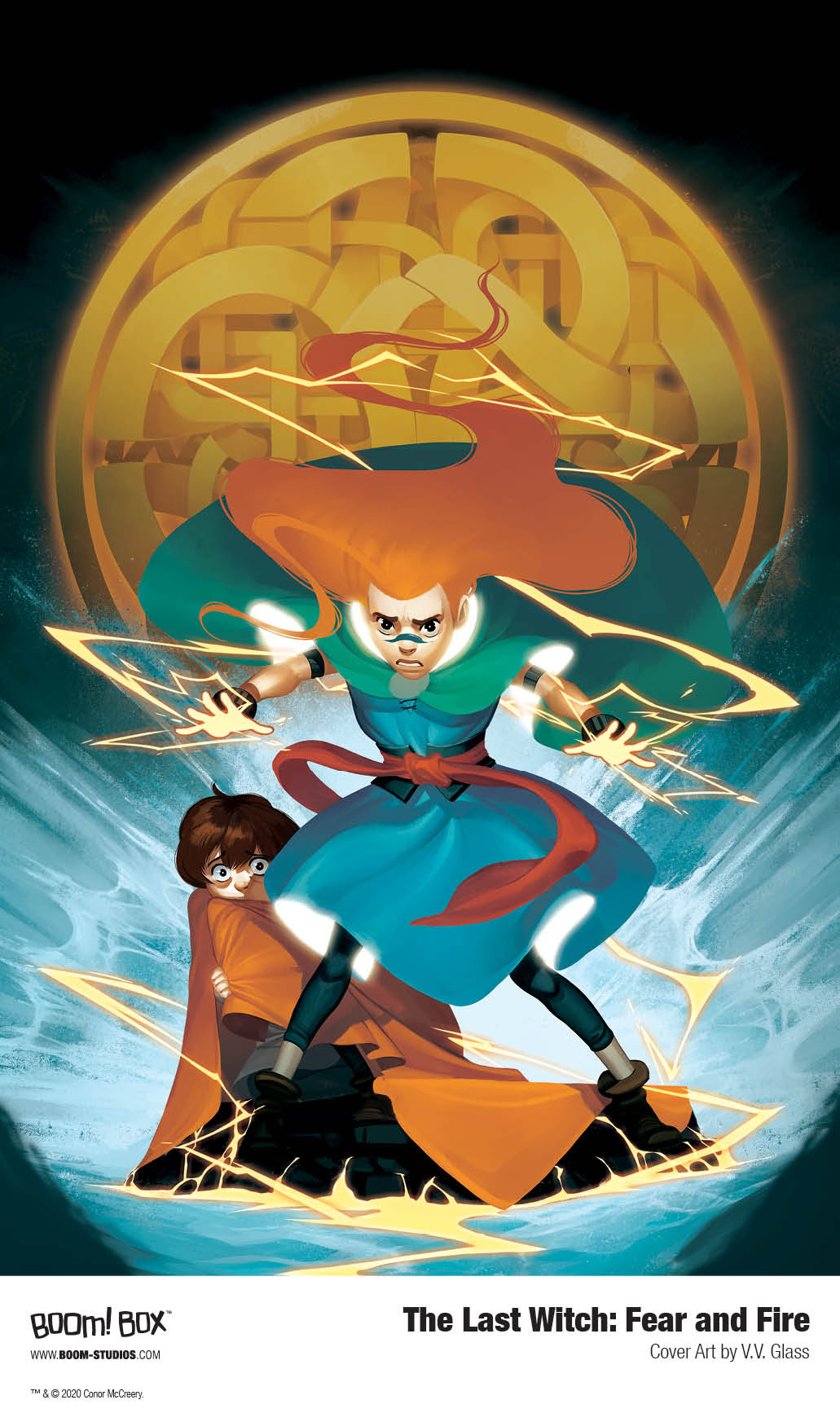 LOS ANGELES, CA (February 3, 2020) – BOOM! Studios today announced a brand new original graphic novel THE LAST WITCH: FEAR AND FIRE from writer Conor McCreery (Kill Shakespeare) and artist V.V. Glass, the first in a two-book dark fantasy series that shows  that the greatest magic of all lies inside of us, available in December 2020.

On the day of an annual festival, young Saoirse’s father and entire village are destroyed by the vengeful Cailleach. Now, on the run with her mysterious Nan and her younger brother Brahm, Saoirse discovers that the blue-black birthmark across her shoulder that has always made her an object of teasing is actually a powerful witchmark, which allows her to resist dark magick…and take it for herself.

Nan must teach Saoirse to control her powers so that she can combat the dreaded Cailleach and her devious handmaidens, before they can release the terrifying Eater of Worlds from the faerie lands — and destroy all living things!

Conor McCreery is a journalist and comic book writer who has worked on Kill Shakespeare from IDW, Adventure Time/Regular Show from BOOM! Studios, Assassin’s Creed from Titan Comics, Sherlock Holmes vs Harry Houdini from Dynamite, and more. His newest project is a magic realism comics biography of the legendary Fela Kuti: Music is the Weapon, with superstar artist Jibola Fagbamiye.

“As a kid I loved Irish mythology. Those slightly scary stories where brave heroes triumphed, but didn’t always get what they wanted at the end, or if they did, it came with a price,” said writer Conor McCreery. “THE LAST WITCH: FEAR AND FIRE is my love letter to those tales, and to the idea that sometimes the best way to read a book is snuggled safe in bed. Whether you’re a kid, or an adult.”

V.V. Glass is an illustrator based in the UK who specialises in replicating traditional media with digital techniques. They have worked with 2000AD, Titan Comics, Lion Forge, and MTV, and have most recently been published in the Knifepoint Horror Anthology.

“I’m almost annoyed I’m working on THE LAST WITCH: FEAR AND FIRE because now I won’t get to read it without already knowing what happens!” said artist V.V. Glass. “It’s a dream to be able to work on a slightly nasty historical fantasy, and the fact that this one has a diverse female-driven cast is the cherry on top. It’s all I’ve ever wanted in a comic and I can’t wait for people to see it.”

“Conor and V.V. have created a fantastically dark story with enough magic, adventure, and excitement to satisfy any witch at heart,” said Shannon Watters, Senior Editor, BOOM! Studios. “So grab your spellbooks and learn some runes because it’s time to save the world—no matter the sacrifice—in THE LAST WITCH: FEAR AND FIRE.”

Print copies of THE LAST WITCH: FEAR AND FIRE will be available for sale in December 2020 at local comic book shops (use comicshoplocator.com to find the nearest one), bookstores or at the BOOM! Studios webstore. Digital copies can be purchased from content providers, including comiXology, iBooks, Google Play, and Madefire.

For more on THE LAST WITCH: FEAR AND FIRE and other projects from BOOM! Studios, stay tuned to www.boom-studios.com and follow @boomstudios on Twitter. 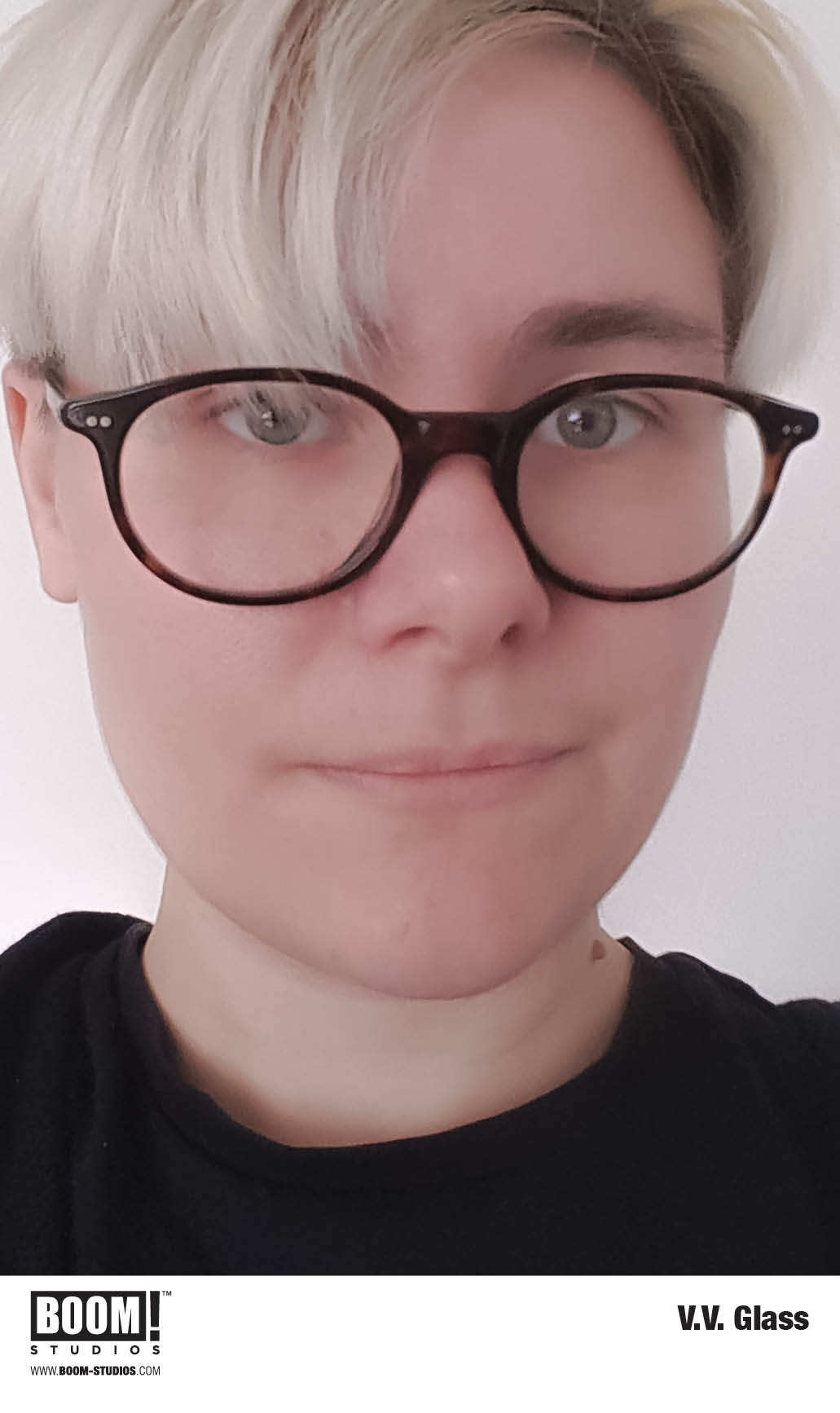 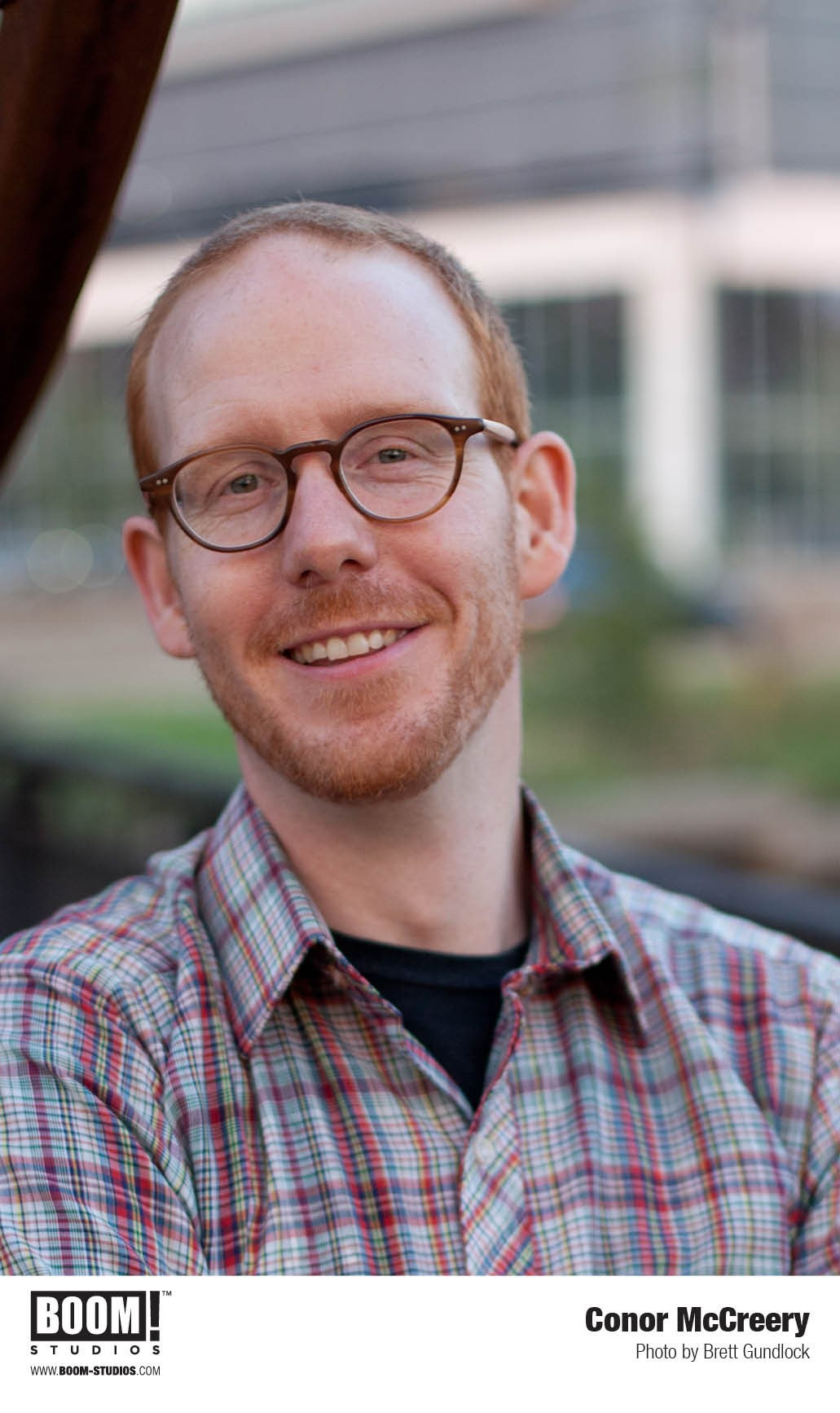