For years, Buffy the Vampire Slayer comics have continued where the hit show ended over at Dark Horse Comics. Like they did with Star Wars and other franchises, Dark Horse was able to produce several successful and high quality titles. In the case of Buffy, the success was heightened thanks to the guiding hand of creator Joss Whedon. Unfortunately for Dark Horse, their Buffy license has expired. The property, like other Whedon creation Firefly, has found a new home in the capable hands of BOOM! Studios.

While it is a shame to see Dark Horse lose another licensed property, their output of original content remains strong thanks to Stan Sakai’s Usagi Yojimbo and the Berger Books imprint. Meanwhile, BOOM! continues to grow into a licensed powerhouse, adding Buffy to their growing stable of properties that includes the aforementioned Firefly, Mighty Morphin Power Rangers, Escape From New York, Adventure Time, Steven Universe, and WWE comics. If they treat Buffy just as they have their other licensed IPs, readers should rest easy and prepare for a new era of great comics.

With that said, it does give me pause that the teaser image boldly states “High School is Hell.” Does that mean the new books will take place back in the show’s first couple seasons? With Fox looking to reboot the show overall, will we be seeing the new Buffy in comic form? There are still so many questions, but we should get answers in due time.

For more on Buffy the Vampire Slayer making its way to BOOM! Studios, check out the full press release below: 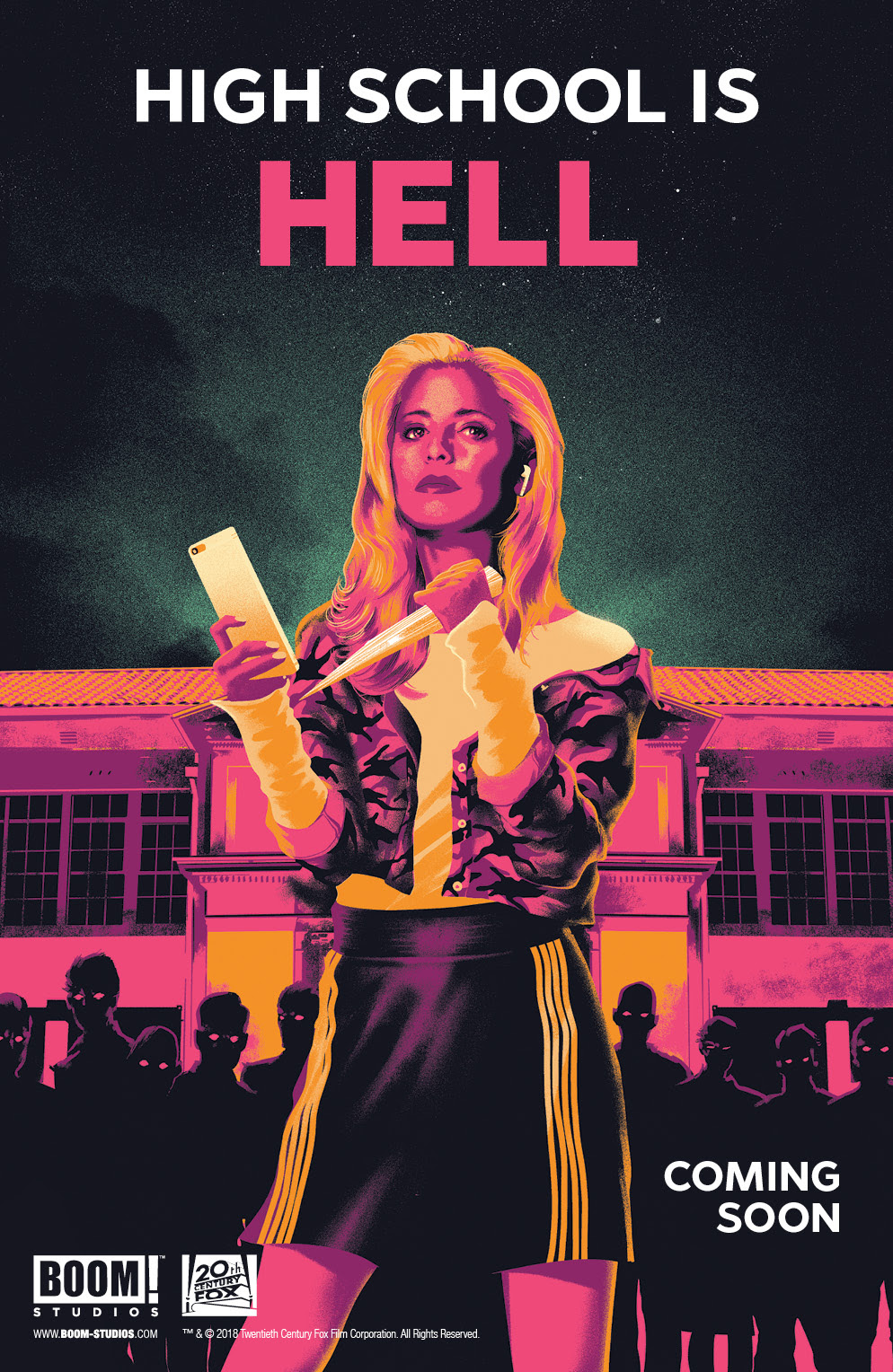 Created by visionary writer and director Joss Whedon (Marvel’s The Avengers film franchise), Buffy The Vampire Slayer premiered on the WB Network on March 10th, 1997. The Emmy and Golden Globe-nominated series, which ran for seven seasons from 1997-2003, stars Sarah Michelle Gellar as “Buffy Summers.” Chosen to battle vampires, demons and other forces of darkness, Buffy is aided by a Watcher who guides and teaches her as she surrounds herself with a circle of friends called the “Scooby Gang.”

“I remember watching the premiere of Buffy the Vampire Slayer over twenty years ago, and the feeling of empowerment that came with seeing a girl get to kick ass and have flaws at the same time, and to not apologize for who she was. It’s an honor to oversee that world for a new generation and to bring them that same feeling of knowing your greatest power comes from being true to who you are,” said Jeanine Schaefer, Executive Editor, BOOM! Studios. “Buffy is about love at its core, love for your friends and yourself. The characters are allowed to be equal parts human and monster, and seeing them struggle to balance those parts of themselves, the same parts we all struggle with, is why it still resonates with audiences of all ages and backgrounds today.”