Marvel announced they will have two movies for 2020. They are Black Widow on May 1, 2020 and Eternals on November 6, 2020. This will be a weak year for Marvel. Black Widow is a B character and The Eternals is a title no one heard of. 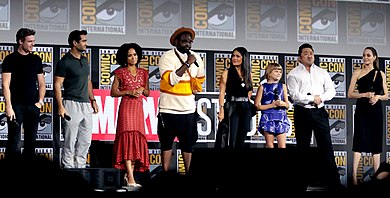 In April 2018, Kevin Feige announced The Eternals movie with Sersi as the main character. In May Marvel hired two writers, Matthew and Ryan Firpo. In late September, they got Chloe Zhao to direct the movie. She was actually one of the finalists to direct Black Widow movie.