When I began writing for Comics Bulletin, it was because I had through some strange quirk of fate, managed to impress Publisher Jason Sacks with a long-winded reply to another of his writers. I’ve never been a blogger or any type of professional or semi-professional writer before this and to have an offer just fall into my lap like that is put simply amazing to me. I hope I can continue to impress and keep or even better, improve my writing quality as we go forward. But enough of that. Ladies and Gentlemen, let me welcome you to the newest series of articles from Comics Bulletin, I Love a Woman Who Can Kick My Ass.

Each new submission of this series of articles will focus on women in fiction, usually comics, going about their fictional lives and leaving no doubt that they are ass-kickers par excellence. And while I say that statement, I don’t necessarily mean in a physical sense. Sometimes, being badass means not having to do anything physical, either because the character dominates in another arena, or they are simply such a threat that their enemy backs down and runs with their tail between their legs. Sometimes being badass is doing the little things, or facing something far greater than yourself without fear. Folks, all of these are shining moments for heroines that we will search out together. And in between these main articles, I’ll be showing all of you my quest to acquire and read up on a topic near and dear to many hearts, Cassandra Cain and Stephanie Brown.

But first things first, I should probably start with a little about me. The first thing that all of you should know, is that the title for this article series holds special meaning for me. This is because not only is it a quote from one of the  most undeniably cool fictional characters of all time, one Spike Spiegel, but also because I am a Staff Sergeant in the United States Army with two combat tours to Iraq and 10 years of service. Needless to say, my adult life has been filled with women who can indeed kick my ass. I’m unfortunately spoiled for life.

This next revelation into my character should come as no surprise but, I have been a comic book nerd since I was a little boy. I’ll say around the age of seven, but truthfully I’ve been reading comics for longer than I can actually remember. I began with Marvel comics and have faithfully stuck with them all the way until today, though I have occasionally branched out into the Image and Top Cow lines and over the past few years have been a collector of DC as well. One thing that has stayed consistent with my comics collecting and indeed my preferences for fiction as a whole though, I like heroines more than heroes.

I love reading the ongoing adventures of X-23 as she escaped from The Facility and builds herself a life among the X-Men. I loved playing as Commander Shepard as she saved the galaxy from the threat of the Reapers with a no nonsense attitude. I cheered as Ellen Ripley grabbed all the armament that she could and went back into the bowels of colony LV-426 to retrieve Newt, culminating with her soloing the Alien queen and one of the most epic lines of cinema history. I sat at the edge of my seat as I read the story of Lieutenant Colonel Christina Eliopolis as she survived alone after her aircraft crashed within the zombie infected landscape of Louisiana. My character stood in awe as The Simbul’s mere presence terrified an army of the Red Wizards of Thay into submission, thus saving my party from annihilation and her country from invasion yet again. Yes ladies and gentlemen, not only am I a huge nerd for practically all things nerdy, but I am one that will choose a female for my protagonist nine times out of ten.

So once again, let me thank you all for reading and I hope you will enjoy my future articles as we look at badass women. And if you happen to feel that something I mention in an article just isn’t quite badass enough, then let me know in the comments section and I’ll try and convince you otherwise. Finally for today, let me bring you all up to speed on my search for what I will call The Lost Batgirls. 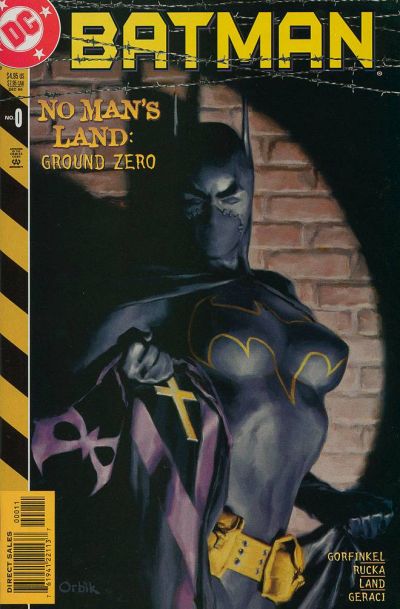 I went to the comic book store yesterday as I was off from work and after our customary greetings and my checking on the status of my pull pile I asked Jack, my retailer about getting a hold of trade paperbacks involving The Lost Batgirls. First the good news, he already had TPBs of Batgirl: Redemption and all three of the War Games arc, and could easily put in an order for Batgirl: Fists of Fury. Now for the bad news, he revealed to me that Cassandra went back all the way to No Man’s Land, of which he currently only had one or two of the collected editions, not the full arc. He then went on to explain that those above mentioned Batgirl trade paperbacks were the only ones that he could order. Everything else Batgirl prior to the New 52 was out of print unless it involved Barbara Gordon. My next step is to try and find copies on Amazon to order and hope that I do not have to resort to Ebay. Regardless, it appears that I will have to contend with a monster that I had hoped to avoid, waiting the ungodly amount of time for my comics to arrive through the US military postal service. Still, at least I now have a start point to work with on my quest. It’No Man's Land.