Be sure to catch every installment of Surviving The Big Wet, Comics Bulletin’s week-long Wasteland event:

Justin Giampaoli for Comics Bulletin: Justin, can you tell us how you started working with Antony Johnston? You‘d already done some work for Oni Press on Resurrection, correct? 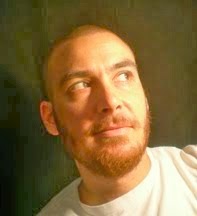 Justin Greenwood: Yeah, Resurrection had wrapped up and I had started preliminary work on a new OGN that had run into some unexpected delays. Fortunately, the timing left me open to take on something new, and James Lucas Jones from Oni Press dropped me a note one day to see if I’d be interested in working on Wasteland.

I’d done an illustration for the Wasteland: Apocalyptic Edition Vol. 2, so Antony was familiar with my art and they thought I might be a good candidate to draw the next arc. I originally came on draw issues 33 to 38 (Book 07), but we had such a good time with it that I came back to draw issues 46 to 51 (Book 09) as well.

CB: What was the challenge coming into a world that Antony and Christopher Mitten had already built from the ground up?

Greenwood: The thing I was most concerned with was making a relatively seamless transition in narrative. While there are definitely challenges, it’s also kind of a treat to step into someone else’s world and work within those parameters, especially when it’s been so well established. Antony and Chris had already done such a great job building these characters and surroundings that it gave me a great foundation to work from, and also to riff off of.

The first arc I drew was new terrain for the story, so I was less held to the previous material, but still striving to keep it feeling consistent with what came before. That was probably my number one challenge, really. Despite Chris and I having pretty different styles, I really wanted the book to feel like Wasteland for the long term readers for the time I was working on it, but still bring some of my own sensibility and flavor to the story, to find that balance.

CB: Can you talk a little about your process, are you a digital or analog guy, do you ink your own work, etc.?

Greenwood: I’m pretty old-fashioned in approach, working on paper with ink, and mostly a brush. Not that I have a problem with digital, I just haven’t attempted to make that jump. I can see the benefit of using it for breakdowns and pencils, but it’s pretty hard for me to imagine giving up the satisfaction of laying down ink with a brush.

CB: I‘ve heard similar sentiments from a few different artists. I interviewed DMZ artist Riccardo Burchielli (who also hasn‘t made the jump to digital), and he told me that he actually likes getting the ink under his nails, that he could just never give that sensation up. Why do you think artists are drawn to this tactile aspect of the process?

Greenwood: I find that using a brush (or even some pens for that matter) creates unpredictability and variation that keeps me on my toes. By the time I’ve gone through the thumbnails and pencils, the foundation is pretty well set and thoroughly considered. Inking often feels like the pay off for me, where it comes alive and I try to set the thinking aside and just go with it. There’s also finality to inking traditionally. There’s a thrill in that do-or-die moment when you start, when the brush/pen/nib is about to hit the paper and there’s no taking it back, at least not without some creative solutions. That’s part of the fun of it for me.

It’s surprising to me that the topic of working traditionally versus digitally seems to fire up so many artists. Two of my comic artist pals who live near me (Dennis Culver and Nick Dragotta) both work digitally, and we just had a similar conversation over dinner about how heated the topic is. Tools are just tools though, and you find the one that works for you. I definitely don’t see one as more legitimate than the other. It just comes down to preference. I’ve been thinking of trying out an old Cintiq just to get a feel for it, and who knows, maybe I’ll have a completely different opinion in a year after playing around with it and having that experience.

CB: How did your style or process change from the start of your work on Wasteland to the final arc you contributed?

Greenwood: The toning changed a lot over the course of my time drawing Wasteland. Initially, I started off toning myself using Photoshop, but after a couple issues I could see I was just too slow at it to be very effective. So, we asked Matthew Razzano to step in and tone the remainder of that arc.

For my second arc, I wanted to try out a technique that my friend Tyler Crook had used for his book Petrograd, and found it to be a much better fit for what I was after. I basically added all the tones as ink washes on a separate paper, and it was way more efficient and gave the pages an atmosphere that suited the story much better. Not shooting for full-on rendering exactly, but more just adding a layer of grit and depth.

CB: In terms of sheer page count, I think this is the series you‘ve worked on the longest, so what did you learn on this journey?

Greenwood: Working on this book for me was a real crash course in storytelling for a couple reasons. I spent hours looking at Chris Mitten’s pages for reference and thought a lot about the composition and framing choices he had made. Antony is a pretty visual writer too, coming from a graphic design background, and we talked a lot about the page comps and would compare ideas. It felt very collaborative and I definitely learned a lot in the process.

CB: You provided art for the Godsholm arc, which is important because it‘s the first really full look we get at “The Branded Man,” obviously a key figure in the whole series. How‘d you approach that?

Greenwood: Yeah, that was cool! That character was still such a mystery at that point that I really wanted him to have the power and presence that had only been alluded to in previous sightings. Between the Godsholm arc in Book 07 and the ending of Newbegin in Book 09, I pretty much got to tell the present tense story of “The Branded Man”, or “Adam” as we called him while working at the time.

CB: You also depicted that final showdown at Newbegin, a really important beat for the series, the ultimate reckoning between The Branded Man, Marcus, and Mary. What was your mindset going into that?

Greenwood: After drawing that first arc and spending so much time with all of the previous material, working on that final showdown was pretty exciting. It just felt so BIG to me, the resolution of a storyline that had been slowly building for years at that point. So, I resolved to throw myself into it and give it the visual presence and timing that it deserved. I remember reading that moment when The Branded Man is finally standing at the gates of Newbegin and getting goosebumps, like “oh shit, it‘s finally going down!”  That’s how I wanted the pages to feel when you looked at them too, and stage everything so each moment and revelation got its due moment to shine.

CB: Can you talk about how your collaboration with Antony may have evolved, going from this series to The Fuse, a book you developed together from the start, rendered in color, etc.?

Greenwood: If I remember right, it was pretty early on into working on Book 09 that Antony reached out about collaborating on something from the ground up after I’d finished up on Wasteland. We were having a great time working together and he had a few projects he’d been developing that he thought I might be a good fit for.

The Fuse was an idea that grabbed hold of me right from the start. I love crime tales, and the setting aboard The Fuse would allow for so much creative leeway that it just seemed like a no-brainer to me. It was kind of a grand idea in some ways, and if it had been someone else, I might have been more hesitant to jump in. But, after coming off Wasteland with Antony, I had (and have) an incredible amount of faith in his world-building skills, and we enjoy telling the same types of stories. It made the development of that book feel easy, and it’s been a really fun ride.

CB: Do you have any favorite moments in Wasteland, or pieces you‘re particularly proud of?

For my own contributions? Yeah. Selfishly, I think the work I’m most proud of is the small moments where I nailed a panel or sequence exactly as I saw it in my head. Like the last panel of issue #48, when Adam walks toward us as the temple burns in Newbegin. I still think issue #49 was one of the best I drew when looking it all over again, it was successful more often than not when trying out some new tricks and techniques.

On a personal level, looking at Book 07 really brings me back to the actual process of working on those pages. We were living with my wife’s folks for like 6 months while my wife was pregnant with our first kid and we were looking for a house. I was working out of a tiny room at their place, a makeshift studio that really marks a specific period in my life, when I still felt like a kid making comics.

As a reader of Wasteland, I loved The Dog Tribe arc. I think Chris went next level with that whole storyline, it’s just incredible art. I always really enjoyed the single interlude issue that Sandy Jarrell drew too… issue #39. It definitely stuck with me, that whole sequence with Marcus, Michael, and Mary as kids.

And now, seeing Antony and Chris together again, telling the end of the story they started has been so completely satisfying. At the time I’m writing this, there are only two issues left and I’m just so pumped to read the conclusion of this book.

Issue 39 is one of my favorites too. Hell, all of the interlude issues were very special in their own right. You just don’t see stuff like that anymore, that level of formal structuralism in the narrative, calculated chapter breaks played out over the course of an entire series.

CB: How do you want Wasteland to be remembered?

I hope that Wasteland is remembered for exactly what it is – a long form comic book journey that pays off every question and clue presented from the very start. I’ve often remarked how incredible that first issue is in terms of laying out the seeds of a story that years later still manages to stay true to itself. The world that Antony and Chris built is so absolute and consistent that you just fall into it as you read the story, and after spending years with it, it feels very close to me. I’m very proud to have gotten to help tell my part of the story and take part in a tale that will surely be remembered as one of the great comic epics.

Join us tomorrow for our wrap up of Surviving The Big Wet, with the second part of our interview with writer Antony Johnston!