One of the best comics to be published in recent years has been the Jeff Lemire/Dustin Nguyen collaboration Descender. Though the series is coming to an end, it is not the last readers will see of this world as a new series, Ascender, has been announced. See the full press release below.

PORTLAND, OR, 07/06/2018 — From the powerhouse creative team behind the bestselling, award-winning DESCENDER—Jeff Lemire (GIDEON FALLS, ROYAL CITY) and Dustin Nguyen (Batman: Little Gotham)—launches an all new series set in the same universe, ASCENDER. The DESCENDER story’s not over and this new ongoing series is set to recapture fans’ hearts and imaginations in 2019.

“Dustin and I love the world of Descender and we’re re-energized by this new direction, which has opened all sorts of new storytelling possibilities for us,” said Lemire. “Ascender will feel like a continuation of the Descender saga and like a brand new book all in one.”

Nguyen added: “Plus, it’ll be fantastic to switch from drawing machines and metal all day, to all flesh and fantasy for a while!”

Set ten years after the conclusion of DESCENDER, in ASCENDER the machines have gone away, and in their absence magic has reclaimed the universe. Now one girl must embark on an epic quest to find robotkind and its fabled boy messiah, TIM-21, before it’s too late… 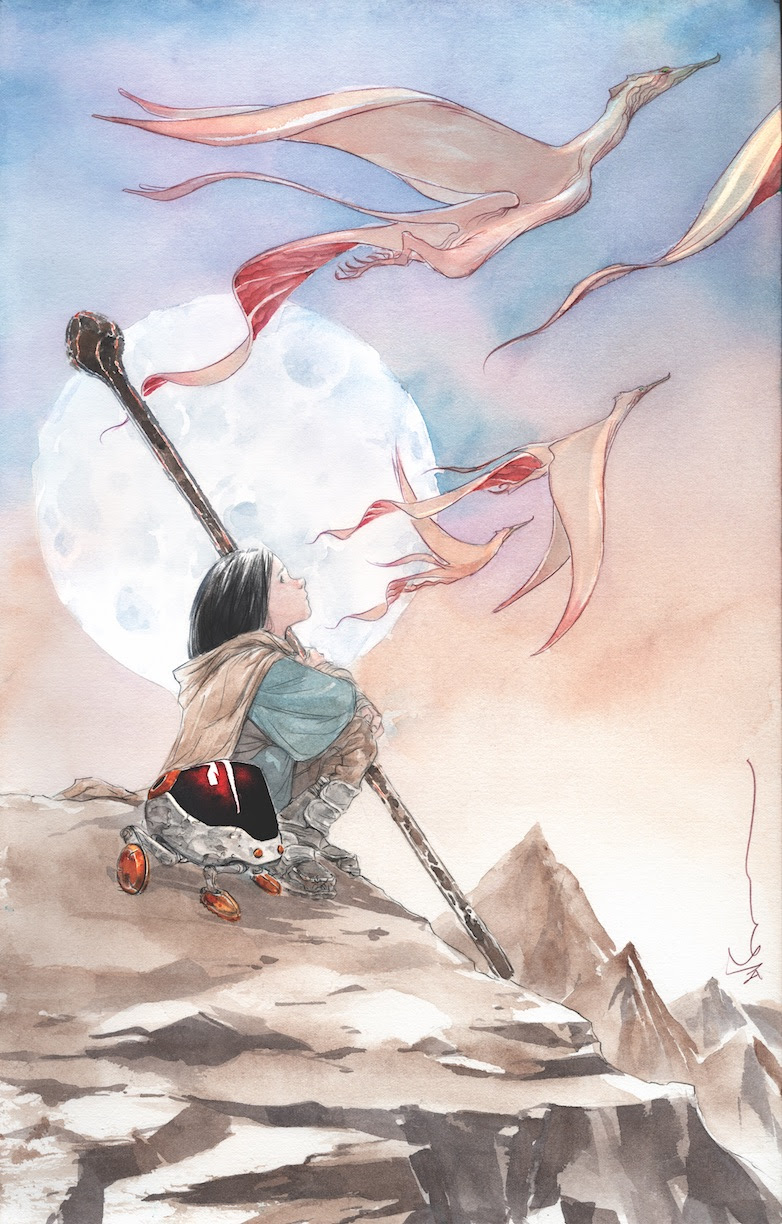