My personal book of the week will be The Massive #28. I’ve read an advance copy, and in these last few issues, Brian Wood and Garry Brown are more deliberately moving the book into the sci-fi space that Wood promised back when it started. I like that the series operates within the uncertainty of a gray moral area. The way it straddles genres also means that it sort of defies analysis. I almost feel like it’s partially Wood defying dudes like me to tell everyone “what it all means.” It’s becoming less of Mother Nature’s hard reboot of the planet, and more some sort of weird Earth Elementals (my term) being forced to leave because man seems intent on taking just 14 hours to go“from birth to ruin” when presented with any natural resource. From a larger perspective, it calls into question not just Cal, or Mag, or Ninth Wave’s existential dilemma, but that of the entire human race. Wood has always written books with important social themes,but within that library, The Massive has proven itself one of the most critical.

Image Comics also comes full force this week, with two offerings from Rick Remender in the form of Black Science #10 with Matteo Scalera (certainly the best FF book I’ve ever read), and Low #4 with Greg Tocchini. There’s also Saga #24, Sex #17, Umbral #10, Southern Bastards #5, and Captain Victory & The Galactic Rangers #3. It’s an impressive lot with an evergreen series like Saga and not one, but two Joe Casey books, yet I’m probably most curious about what Rascal is up to as her journey continues in Umbral. This is a book which has become a definitive work for Antony Johnston’s world-building ability and the sheer visual poetry that Chris Mitten is capable of conjuring out of thin air.

Southern Bastards also took an incredible turn last issue, so I’m very curious to see how the new direction shapes the look and feel of the series. It’s almost as if the first arc was just prologue to get to the actual story that Jason Aaron and Jason Latour wanted to share with us. I do enjoy these underplayed, let’s not say “twists” – because that’s de rigueur, but books with an ability to turn the aircraft carrier on a dime and surprise the audience in a way that’s not cheap shock value or hyped-up marketing spectacle.

Little Nemo: Return To Slumberland #2 is also out from IDW, and though it seems like it’s been a long time between issues, it’s already one of those rare books worth the wait. Writer Eric Shanower is taking on the impossible and even commented during an IDW panel at SDCC that it’s foolish to attempt any return to Winsor McCay’s classic, but so far he’s certainly up to the challenge. And if you want to capture the magic, whimsy, and adventure of a near-100 year old property that was light years ahead of its time, having Locke & Key alum Gabriel Rodriguez at your side to add copious details and lush environments to the proceedings seems like a smart play. It doesn’t really matter if you feel you’re the demographic for this story or not, it’s marvelous to behold the craft, just the sheer act of “comics making” that goes into this book is incredible.

Lastly, Joshua Hale Fialkov and Joe Infurnari have The Bunker #7 out from Oni Press, a series I’ve really enjoyed. It’s a post-apocalyptic mystery at heart, but the generational notes and epic scope make something greater than the sum of the parts, it’s what I’ve been calling an American version of Naoki Urasawa’s 20th Century Boys, with a group of kids attempting to avert a disaster that they themselves may have inadvertently caused.

On the TPB and OGN front, you could do a lot worse than plunking down $9.99 for C.O.W.L. Vol. 1: Principles of Power by Kyle Higgins, Alec Siegel, and Rod Reis, published by Image Comics. It’s a fun series that takes smart design work and a noir approach to unionized supes in 1960’s Chicago, with elements of Watchmen deconstructionism, the nostalgia-busting introspection of Mad Men, with street level superheroics in the Brubaker/Phillips vein, sort of all rolled into one. I think it’s been flying under the radar, so I’ll continue to recommend it. If you want to get all indie with me, I’m also quite curious about One Year In America from Elisabeth Belliveau, available from Conundrum Pres, and I Remember Beirut by Zeinia Abirached, published by Graphic Universe, the latter being a graphic novel memoir of growing up in 1980’s Lebanon. 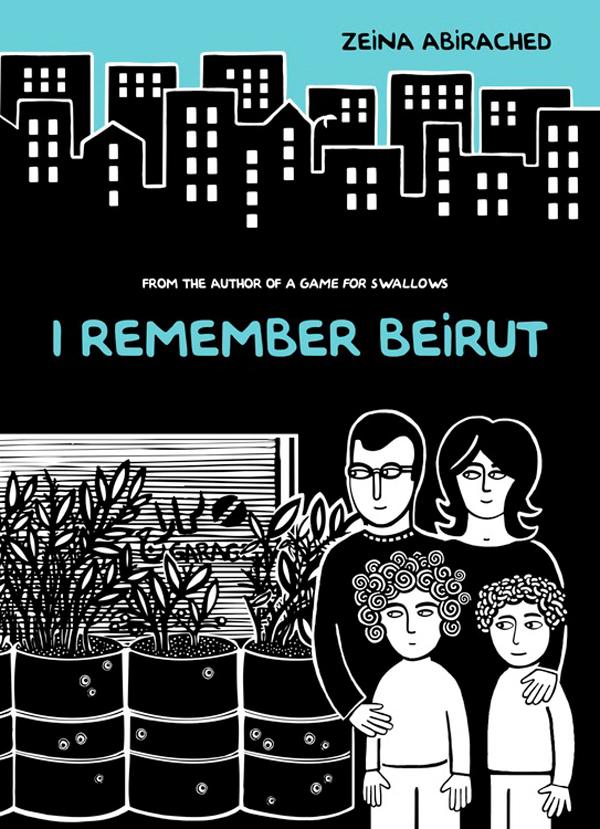