Even though it’s a beast wholly unto itself, Final Crisis was still an event book. With that came the usual nonsense like overenthusiastic (and misleading) marketing, and tie-ins. It should come as a surprise to no one that a good number of these tie-ins were non-essential or just not good. However, there were a few that did manage to be worthwhile. Final Crisis: Rogues Revenge is one of those tie-ins. Following the Rogues, the 3-issue miniseries was less a critical piece of the Final Crisis narrative and more an epilogue to Geoff Johns’ run on The Flash.

Dan Gehen (DG): We can all agree that this story was just a reason to see Johns and Scott Kolins work on Flash characters again, right? The only tie-in to Final Crisis is that it explains why Captain Cold and Company aren’t a part of Libra’s cavalcade of baddies. It’s because they’re busy trying to take down Inertia for tricking them into inadvertently killing Bart Allen during his tenure as the Flash.

Jason Jeffords (JJR): I didn’t read Geoff Johns’ Flash run until years later when I got the three humongous omnibus’. When I finally read Johns’ run I liked it, but also had a few problems with it. So going into Rogues Revenge ten year ago I didn’t have any idea who Inertia was or the fact that Bart Allen had died. But I do remember reading it and absolutely falling in love with Kolins Flash art. To this day he is one of my top artists for The Flash.

We begin this first issue with an ominous lighting bolt illuminating the rain filled skies of Keystone City. Through these panels Snart (Captain Cold) is narrating how he and the Rogues have been gone awhile since they killed a Flash, thus changing the ‘game’. With this narration and gritty yet vibrant art I was instantly hooked back in the day.

DG: Kolins’ art is great, and I think it is even when colorists add definition and gradients to the page. And as for the story overall, it’s perfectly serviceable. At this point, we’re only a year or so removed from the death of Bart Allen during his short stint as the Flash (don’t worry, he got better). I do think that Johns is unparalleled when writing the Rogues.

JJR: It’s funny you bring up the colors adding definition and gradient because I was reading through some older comics with Kolins’ art and it looked flat as hell. I don’t recall who the colorist was in those other comics, but that is something I’ve noticed with his art with a good colorist it works amazingly, but without not so much. This is the first time I remember reading the Rogues in any ‘new age’ stuff, before I had only seen them in super old comics. Point is Johns made me fall in love with the Rogues.

DG: However, I don’t see what value this provides to Final Crisis. This is a major problem that DC had with this event, where they wanted to do all of these tie-ins and they just do not work with the main story. Sure, it explains why the Rogues aren’t hanging out with Libra’s merry gang of baddies, but let’s not pretend that was a burning question from readers in desperate need of answers. In truth, its an epilogue to the series The Flash: The Fastest Man Alive.

JJR: That was one thing I liked about DC’s following event; Blackest Night. With Blackest Night it felt like the tie-ins actually mattered. Each tie-in added some side stories about the world at large that yeah you could skip, but most were good and worth checking out. Years later when I finally read all of Johns’ run (and the whole ‘87 Flash series, which I own all singles of (humble brag)) I ended with the same conclusion as you, it’s an epilogue for The Flash: The Fastest Man Alive, not a tie-in.

DG: See, I can’t stand when an event has a bunch of tie-ins. Mostly because I’m cheap, but also because I want a complete story that is a singular creative team’s vision. That’s the nice thing about Final Crisis. You can pick up the trade, read the whole story, and not need anything else. However, that’s also what’s nice about this miniseries. You can read it without really having to dip your toes into the event’s main narrative.

JJR: When I was younger (16 when these came out) and could freely spend my money I loved buying tie-ins. Plus I worked at the local comic shop, so I got a discount and could make sure I got a copy. But now that I’m an adult with adult bills I have come to limit what comics I buy. Growing up isn’t fun. Neither is the fear of the Justice League coming down on you for a death you wanted nothing to happen with.

That’s what I love about the Rogues (when written right) they aren’t in it to kill innocents, unless you fuck with them. Which Libra and team did that led to a team of fake Rogues being killed in an awesome moment. But they know there are rules and they have their own set of rules that you need to stick too, we see this throughout this Mini with the new Trickster trying to make good to become a full member. 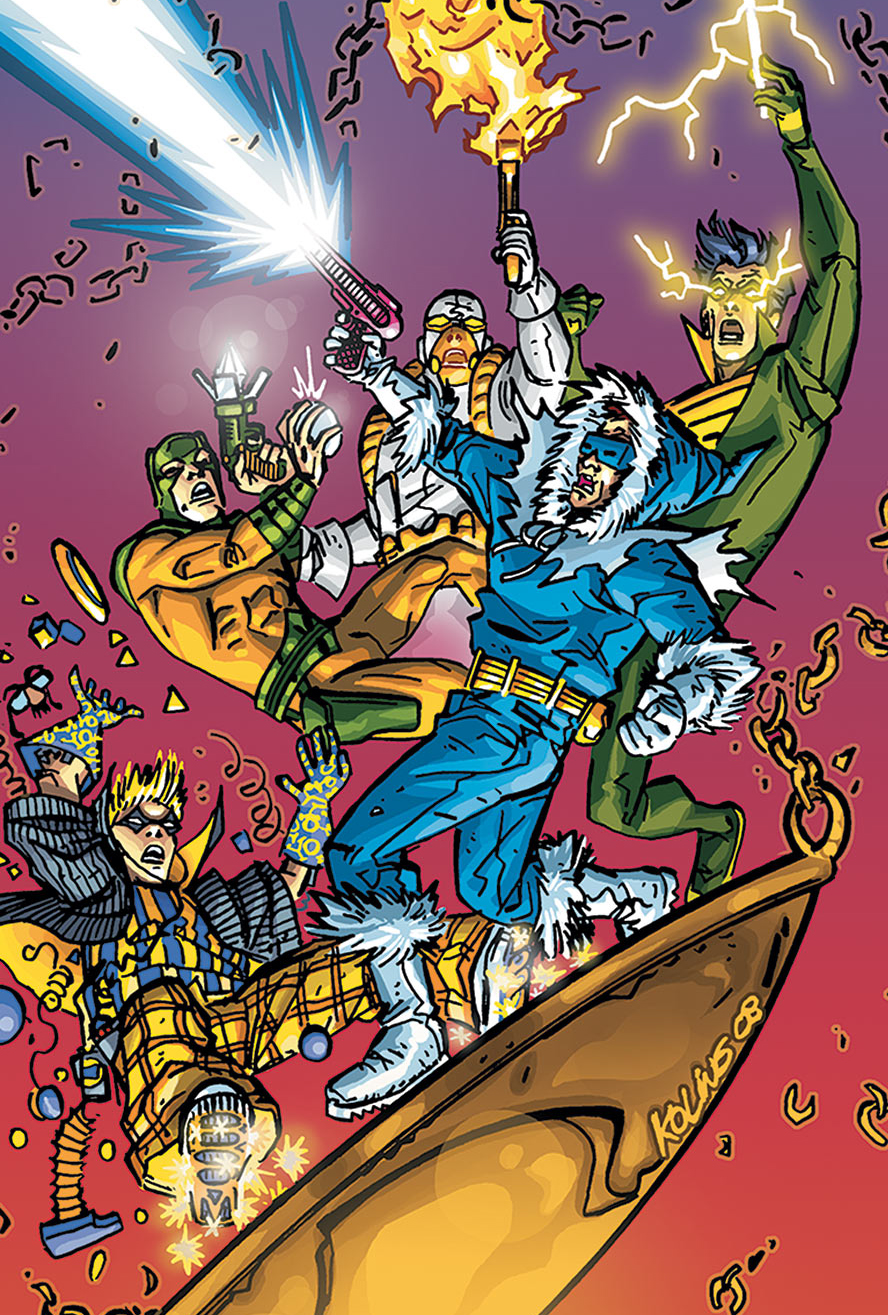 DG: I really wasn’t a fan of the “replacement Rogues” sideplot. We’ve already seen how badass they can be in the pages of “Rogue War,” which capped Johns’ original run on The Flash. It seems that he really wants readers to think the Rogues are as cool as he does. To be fair, casual fans can be dismissive of the Rogues because of their silly names and costumes, but anyone who’s read a Flash comic knows that they’re formidable. But this is a beat we’ve seen from Johns again and again. It’s on display here, and it’s revisited during his second run on The Flash, and yet again in Forever Evil.

I think this is a problem in general when a writer comes back a character who they’ve made a significant mark on. Mark Waid’s return to The Flash was not met with wide acclaim. Ditto to Chris Claremont and the X-Men. Grant Morrison is guilty of this too, as Action Comics was a subpar follow-up to All Star Superman. It was good, everything he wanted to say about Superman is said in All Star, and Final Crisis.

JJR: I can see what you mean, since you were probably keeping up with Johns’ run while it was releasing. To me that moment was something new due to being my first story from Johns’ run. But you do make a valid point of that happening when creators return to characters. They way I see it is that if it ‘worked’ and sold well the first time then why wouldn’t they try it again? It sucks to see it that way, but that’s why we always see heroes fighting heroes and so many other tropes–it sells.

DG: I guess we’re at the same consensus then. Rogues Revenge doesn’t necessarily add to the story of Final Crisis. It doesn’t even flesh out the world as its affected by Morrison’s main narrative. But if you liked Geoff Johns’ original Flash run, and want a palate cleanser after the god-awful The Flash: The Fastest Man Alive series, then this story might do the trick. There’s nothing groundbreaking, but it is satisfying to see Inertia get his just desserts.